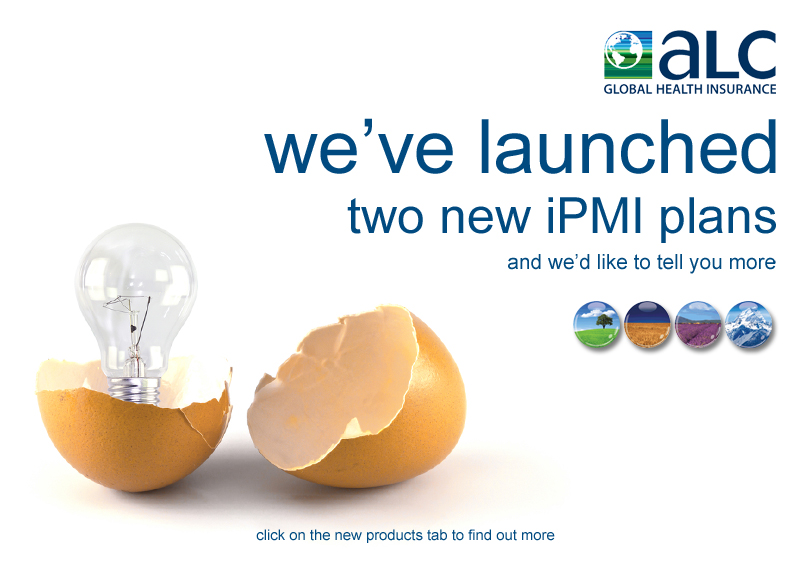 Prima Concept is a new budget plan targeting those who are looking for their basic healthcare necessities to be covered including hospital care, specialist treatments, family doctor fees and emergency evacuation benefits.

Aimed at the growing demand for low cost quality international medical insurance plans across Asia, Europe, Africa and the Middle East, Prima Concept offers a choice of currency and excess options that make this new plan particularly attractive to anyone looking for medical insurance on a budget.

Prima Platinum, meanwhile is a benefit rich package, is ALC Health’s second new offering aimed at the top end of the market.

With an extensive range of high value benefits and the option to select from a choice of four levels of routine pregnancy and childbirth cover, enhanced routine dental benefits and full refund evacuation or repatriation cover,  Prima Platinum is aimed at Corporate International Executives and High Net Worth Individuals who are looking for the ‘best available’ coverand including IVF Treatment, Kidney Dialysis, extended Chronic Treatment and full Cancer cover including hospice care.

“We have been listening carefully to what iPMI brokers across the world have been saying to us about the need for both high level and value added products which would fill the gap around many traditional expatriate plans common place to international medical insurance providers.

Their insight has been invaluable and enabled ALC Health to create two exciting new iPMI solutions that we believe provide a real answer to the growing demand for flexible international private medical insurance particularly across the emerging markets of South East Asia and Continental Africa where demand for products that combine financial security with high quality customer support has never been greater. 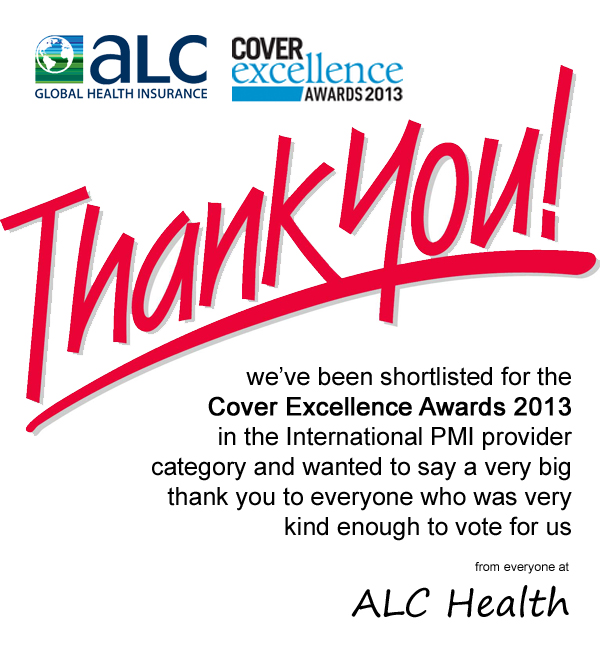 Road accidents are one of the major risks for expats abroad and significantly impact on general expat health, being one of the top five causes of medical evacuations. According to a World Health Organisation (WHO) study, 1.24 million people were killed on the world’s roads in 2010 writes Bryony Ashcroft

The Global status report on road safety 2013 presents information on road safety in 182 countries, accounting for 99% of the world’s population. Road accidents are the leading cause of death among young people aged 15-29 globally.

Middle-income countries have been hardest hit by rising road traffic accidents, these are emerging nations such as the BRICs and several Asian countries.

In these developing countries rapid access to healthcare can be a challenge. Something expats need to consider when choosing an international health insurance policy is whether they have medical evacuation included.

The study found only 28 countries, equating to 7 percent of the global population, have laws on five key risk factors: drink-driving, speeding, use of crash helmets, seatbelts and child restraints. However, enforcement of these rules, even in countries with existing legislation, is inadequate.

Health insurance for expatriates is a complicated industry, one which is constantly shifting. In Europe the impact of the economic crisis on health services has meant several countries have restricted access to expats and business travellers.

With this increase in business travel, the constantly changing landscape of international health insurance and many countries tightening healthcare rules for expats, companies need to ensure they provide emergency evacuation coverage as part of their employee medical insurance package.

One of the benefits of expat life is improved weather, especially for northern Europeans. We all know a little sunshine is good for us, and even recommended. However, many people are still unaware of the risks they are taking in the sun writes Bryony Ashcroft

A recent survey shows that while many Europeans have traditionally fair skin, nearly half (48%) think their skin is darker than it is in reality. This could mean people don’t appreciate the damage they are doing when exposing their skin to the sun, especially in countries where it tends to be stronger.

With public awareness of skin cancer at an all time high, why are skin cancer rates still growing? One reason may be related to how we see our skin, thinking it’s darker than it is causes us to stay in the sun longer than we should.

The survey also discovered the desire for a tan is increasing, with 62 percent of people questioned revealing they think a tan is attractive, up from 56 percent five years ago. Over three quarters (80%) of us never check for signs of skin cancer, with a shocking 69 percent admitting they didn’t know what to look for.

What to look out for

Many of us have dark patches or raised moles on our skin, while these usually remain harmless it is important to recognise any changes.

Cancer Research UK recommends checking moles following the ABCD rule. If you notice any of these signs then see your doctor:

You should also look out for a new growth or sore that won’t heal; a spot, mole or sore that itches or hurts; and a mole or growth that bleeds, crusts or scabs.

When moving abroad expats are confronted with all manner of things, one of which is ensuring they have some form of health insurance. For expatriate workers companies will often provide benefits, including international health insurance.

Employee Benefits has compiled some important information concerning common health benefits offered to expats to give you an idea of what to expect. The recent survey of 376 HR and benefits professionals revealed the most frequently offered health benefit is private medical insurance (PMI), offered in 33% of cases.

The research also discovered that international employees are often offered life assurance/death in service benefits too (28%), as well as PMI for employees’ dependants (27%) and employee assistance programmes (22%).

Employee benefits organised the survey so that the overall use of expatriate healthcare benefits was reviewed across the entire sample of respondents. This is displayed in the table below, taken from Employee Benefits’ original report.

Referring to PMI’s position as the primary health benefit for expats, this comes as no surprise because many countries do not have an equivalent to the UK’s National Health Service (NHS), and so expats require comprehensive insurance to cover any medical bills.

The comparison conveys a considerable change, with more companies reducing the benefits they do offer, possibly in order to adapt to the current economic situation. Further illustrated by the survey, which found 78% of companies say cost is a factor in which benefits they buy or continue to offer to employees abroad.

An important point worth noting is that expatriate PMI will allow those expats who are not offered the level of medical service overseas they are used to receiving at home to seek care in other countries or return home for treatment.

In light of the research, it is positive to see the variety of health benefits frequently offered to overseas employees. Currently, with many countries cutting or restricting expat access to healthcare, companies are under more pressure to provide expat health benefits to ensure that their foreign workforce is fully covered. Cutting out benefits entirely is not really an option if an organisation wishes to remain an attractive employer and to be seen as providing duty of care.