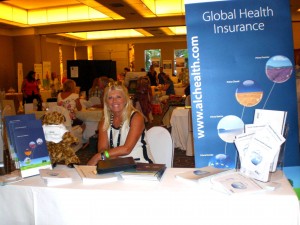 It was a great opportunity to meet and chat not only with a number of existing ALC Health members but also those people attending the event who were looking for medical insurance cover”.

In Mali, the World Health Organization (WHO) has put under medical observation 82 people who had contact with the two year old girl deceased last Friday after contracting Ebola.

WHO is exploring the possibility of creating a medical treatment center in Kayes. 40 volunteers have already been trained to search for contacts of infected persons.

Mali, which hosts a large Stabilization Mission of the United Nations (UN) and a French military contingent (because of the presence of radical Islamists in the North), is ill-prepared for a potential Ebola cases increase.

Now more than ever, we strongly recommend avoiding or interrupting all travel to the countries of Guinea, Sierra Leone and Liberia.

At this stage, we consider there are no resources to support medical and non-medical needs, including for non-Ebola situations in these countries and exiting these countries on an urgent basis is becoming increasingly difficult.

A leading malaria control expert has said efforts to contain the disease may be jeopardised by the Ebola crisis.

Dr Fatoumata Nafo-Traoré, who heads the Roll Back Malaria (RBM) Partnership, said after visiting west Africa: “Understandably, all the health workers’ attention is on Ebola.”

Children’s wards which used to be full of malaria patients were becoming “ghost areas,” she added.

Most of these will have been young children – although malaria is curable.

The World Health Organisation has reported that the number of cases in the Ebola outbreak has now passed 10,000 resulting in nearly 5,000 deaths. The three worst-hit countries, Sierra Leone, Liberia and Guinea have accounted for all but 27 deaths

Mali has become the latest West African nation to record a death from Ebola where a two-year-old girl has died. More than 40 people are known to have come into contact with her and have been quarantined.

Liberia remains the worst affected country where there have been 2,705 reported deaths, followed by Sierra Leone with 1,281 fatalities and 926 in Guinea.

The WHO said the number of cases was now 10,141 but that the figure could be much higher, as many families were hiding relatives at home rather than taking them to treatment centres.

Most medical centres are now reported to be overcrowded. 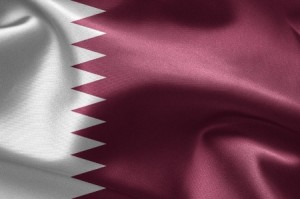 The Gulf State of Qatar is the latest country in the region to legally require all expatriate workers to purchase private health insurance rather than allowing them to fall back on Government facilities in the event that they need medical care.

In order to control growing costs and manage the strain on public systems, Qatar is another example of an increasing number of governments making private health insurance an integral part of the process of obtaining residency and work visas

Lower respiratory infections are now the world’s number one killer. Nearly three million people die from the disease each year, about  half of them children under the age of five.

HIV/AIDS comes in at number two, but is responsible for less than half the number of deaths caused by lower respiratory infections with around 1.3 million deaths reported last year.

The number of deaths from diarrhoeal diseases is at number three with tuberculosis close behind at number four.

Estimates suggest that one-third of the world’s population have been infected by TB but are not ill with the disease, at least not yet, with over 95 per cent of deaths reported in developing countries”.

The WHO (World Health Organisation) has declared Nigeria officially free of Ebola after six weeks with no new cases reported, adding that this was a ‘spectacular success story’. The country’s health authority was praised for its swift reaction when a Liberian diplomat was found to be infected after bringing the disease into the country during July.

The Ebola outbreak has now killed more than 4,500 people in West Africa, mostly in Liberia, Guinea, and Sierra Leone where an estimated 70% of those infected have died.

The WHO officially declared Senegal Ebola-free on Friday. 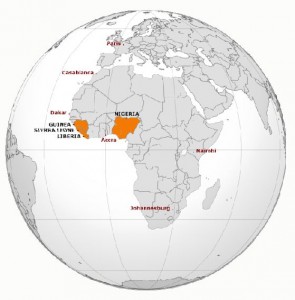 A third person has tested positive for Ebola in Dallas, Texas. The most recent two are healthcare workers providing direct care to the initial Ebola patient from Liberia who has since died. They are in stable condition and in isolation in the same facility. No secondary cases related to the original case among the general public, close contacts or fellow travelers have appeared.

While authorities are actively investigating why healthcare workers who claimed to follow strict precautions became infected, there is considered no risk to the general public. Though the latest case had taken a flight within the U.S., because she had no symptoms during her trip, she was not considered infectious at that time. Authorities however are notifying and tracking passengers on that flight.

Immigration authorities have implemented strict screening for passengers arriving from West Africa at the 5 US airports receiving 94% of travelers from this region. Meanwhile the CDC is working with healthcare facilities nationwide to implement strict training and precautions to identify and isolate any potential Ebola victims. While authorities are vigilant to identify any new cases and mitigate the risk of spread, the situation in the U.S. is not considered a risk to travelers or the public at large.

Many countries are implementing health control points at airports for passengers arriving fromWest Africa. This is already the case in Czech Republic, United King dom and France.

In Latin America, the health ministers of the nine countries of the Bolivarian Alternative for the Americas will meet on October 20 in Havana to prepare for a possible Ebola outbreak in the region.

Now more than ever, we strongly recommend avoiding or interrupting all travel to the countries of Guinea, Sierra Leone and Liberia, as there is no certainly there are no resources to support medical and non-medical needs, including for non-Ebola situations in these countries and exiting these countries on an urgent basis is becoming increasingly difficult.

Despite this serious situation, AXA Assistance will continue to carry out its mission of assistance provider in accompanying all its customers and mobilize its resources to support all requests for assistance, including from this devastated region.

The World Health Organisation has stated (17th October) that the Ebola outbreak in Senegal is over and congratulated the country on its efforts to end the transmission of the virus.

Senegal’s response is a good example of what to do when faced with an imported case of Ebola, however the country remains on high alert for any potential cases by following strict compliance procedures agreed with WHO

With the annual pilgrimage of Hajj having recently taken place, Member States are being asked to continue their surveillance for acute respiratory infections and report any unusual patterns.

General hygiene measures such as regular hand washing before and after touching animals and avoiding contact with sick animals, should be adhered to. Food hygiene practices should be observed. People should avoid drinking raw camel milk or eating meat that has not been properly cooked.

Until more is understood about MERS-CoV, those with diabetes, renal failure, chronic lung disease and immunocompromised are considered to be at high risk of severe disease from MERS-CoV infection.