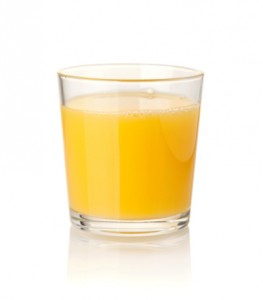 For years we have been told that a glass (150ml) of unsweetened fruit juice counts as one of our recommended ‘five a day’, however this advice can be confusing as many fruit juices contain more than 6 teaspoons of sugar. Even smoothies can be deceiving and when fruit is juiced or blended, sugars are released which may lead to tooth decay as well as weight gain.

The World Health Organization (WHO) has now issued guidelines recommending that we cut the limit by half, and that sugars should make up no more than 5% of our daily calorie intake.

Fruit juice should no longer be considered a routine drink and for hydration purposes water is always the better option.

More than 5,400 people have now died as a result of the Ebola outbreak with Guinea, Sierra Leone and Liberia the worst hit, however the World Health Organisation has reported that for Guinea at least, the outbreak is now “stable”.

There remain a few areas particularly in the South East of the country where flare ups continue to be reported but elsewhere conditions are starting to improve.

Scientists are celebrating a milestone in the global fight against polio with the news that the second of the three known strains of poliovirus now appears to have been eliminated after mass vaccination campaigns.

Wild poliovirus type 2 was eradicated in 1999 and type 3 hasn’t been seen in over two years. However, the news comes as polio type 1 cases in Pakistan are rising, and new cases are reported in South Sudan and Madagascar.

Poliomyelitis is a highly infectious virus which causes paralysis in one out of 200 cases. It commonly targets young children and can cause death when the muscles which aid breathing stop working. 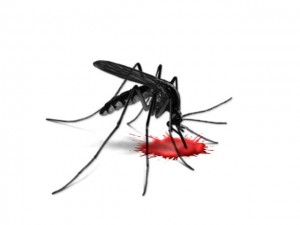 The mosquito-borne Chikungunya virus, already rampant in Jamaica, has spread to the Cayman Islands and other parts of the Caribbean.

The Caribbean Public Health Agency’s latest report, dated October 20, states that there were 59 confirmed cases of chikungunya in Jamaica, but medical professionals are saying that the prevalence of the virus is hugely under-reported.

Chikungunya is a viral disease transmitted to humans by infected Aedes Aegypti mosquitoes. Whilst it is rarely fatal for adults, the infection can cause death in infants, people with weakened immune systems, and vulnerable older people. The virus causes fever and severe joint pain and other symptoms can include: muscle pain, headache, nausea, fatigue and rash. 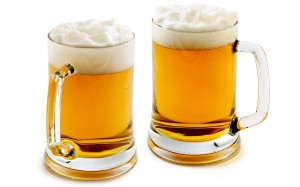 Giving up alcohol for a month can change people’s drinking habits in the long term meaning people drink less and get drunk less often, according to a study.

Research shows that committing to a month off alcohol – post Christmas – was more likely to lead to people moderating their drinking during the rest of the year and to saying no to a drink on social occasions or when feeling upset or anxious.

A survey of 3,800 people who completed a questionnaire before they gave up alcohol in January 2014, found that many of those going 31 days without alcohol experienced a number of positive side-effects, such as sleeping better, losing weight and feeling more energetic. More than three-quarters of people said they had saved money and felt a sense of achievement.

Commenting on the research, Prof Wallace, chief medical adviser to the charity Drinkaware, warned that people should not be complacent.

“It’s important not to assume that having a break from alcohol for a while means it’s OK to drink to excess the rest of the year. It’s also important to recognise that just because you can stop drinking alcohol for a period of time, it doesn’t mean you don’t need to continue to moderate your drinking in the long term.”

Since the index case in Mali of a young girl who traveled from Guinea and subsequently died of Ebola, a nurse has since succumbed to the virus. Separately, another male who travelled from Guinea, has died and diagnosed as an Ebola victim, together with the nurse who treated him.

A doctor from one of the main private clinic in Bamako, is as well infected. Several dozen responders and other contacts are under quarantine and are being monitored for signs of illness. In parallel, some fever controls have been put in place on the departure of Bamako airport.

An American doctor working in Sierra Leone has also been infected by the virus and should be transferred shortly to the US.
Canada and Mauritius have decided to close their borders to travelers coming from Ebola infected countries; this measure applies even for their own citizens.

In Niger, despite none Ebola case, local authorities have developed an awareness program in schools to inform populations about Ebola risks.

A Luxemburg satellite operator SES has also launched a free TV channel “Fight Ebola” to disseminate information on Ebola, to reach 20 million people in the region.

Despite a reach of over 5000 Ebola victims, MSF has reported a drop in Ebola patients occupying hospital beds in Liberia and it is postulated this is an indicator of a downward trend in numbers of Ebola cases. As a result, the country’s president, Dr. Ellen Sirleaf Johnson, announced the lifting of the state of emergency, permitting the re- opening of public markets and other activities.

Nevertheless, the nation’s medical infrastructure remains devastated and our travel recommendations remain unchanged. It is also strongly believed that the number of cases of Ebola is substantially underreported, especially in Sierra Leone. This may partly explain any apparent dip in case reports and it is considered premature to interpret this as a definite trend.

Recent experience again reconfirms the complete lack of medical resources in the countries of Sierra Leone, Guinea and Liberia available to treat foreigners with even minor illnesses. It should be expected that should travelers, expatriates or relief workers require medical care, they will have to be self-reliant and remain in private quarters until transportation out of the country can be arranged.

Limitations is available transportation, screening and exit restrictions may delay movement of patients in need of a formal medical care.

You will find on the following pages an information update about the evolution of the epidemic
Dr. Cai Glushak
International Chief Medical Officer 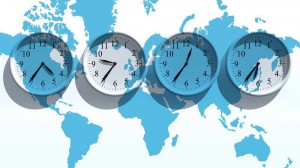 Circadian rhythms, informally referred to as our internal body clock, have recently been a hot topic in both science and media. Our body clock is controlled by our brain, using light to approximately work around a 24 hour cycle.

This internal clock is responsible for triggering the secretion of specific hormones in our bloodstream making us more alert, hungry or sleepy at certain times of day. However, our modern day lives don’t always concur with our internal body clocks.

Scientific studies have been indicating that defying your body clock leads to numerous problems such as obesity, diabetes and cancer. Scientists don’t know all the ins and outs of how our circadian rhythms work, but one thing is for certain – you should try to avoid mismatching your body clock and your actual life as much as possible. MORE>……..

The number of people who have died as a result of the worst-ever outbreak of Ebola has now risen to over 5,000 according to the latest figures released by the World Health Organisation (WHO).

Whilst the number of new cases no longer appears to be increasing in either Guinea and Liberia, it remains high in Sierra Leone with the total number of people infected across West Africa having passed 14,000.

Former boss of Microsoft Bill Gates believes progress is being made in the battle against Ebola in West Africa.

News that the number of new cases in Liberia is declining suggests the tide may be turning, he told the BBC.

He is hopeful of similar gains in Sierra Leone and Guinea.

Mr Gates, who has committed $50m to the international effort, believes an important factor is educating local communities in the handling of bodies of Ebola victims.

In London to deliver a lecture to MPs and peers at Westminster, Mr Gates – who runs a major charitable foundation with his wife Melinda – said the commitment of resources by major economies, including the UK, had been impressive.

“Ever since the big intervention that started in August I think the world’s done quite well – the United States and the UK stepping up with the most resources.

“In Liberia you’re seeing the cases flatten or decline and if we can get the funeral practices to change, get people treated, we’re likely to see that same thing in the other countries.”

He said that the fact that the three main countries affected by the outbreak – Liberia, Sierra Leone and Guinea – had very broken down health systems meant that the disease got to a reasonably high level before it was evident.

He said that whatever progress was made in the next few months on Ebola, a big challenge remained – ensuring local healthcare systems across Africa were better prepared for other disease outbreaks and epidemics. Better data, surveillance systems and research and development were needed, he said, so the international medical response could be faster and more effective next time.

Medecins Sans Frontieres reported the fall in Ebola cases in Liberia. But it warned that the outbreak was far from over and that case numbers could rise again as they have in Guinea following earlier declines.

The medical charity is calling for a change in tactics in Liberia. It says treatment and isolation centres now have spare capacity so the focus should shift to rapid response teams that can finish off any local flare-ups of Ebola in towns and villages.

In his speech to peers and MPs, Mr Gates also covered his foundation’s work in reducing malaria cases in the world’s poorest nations. He said a turning point had been reached in the battle to eliminate the disease but more support was needed to continue the reduction in death rates. He said it was vital the UK sustained its current focus and spending levels through the next Parliament. 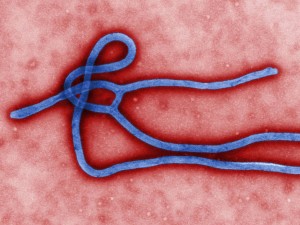 Over 8 million people have been contacted in the fight to tackle the devastating Ebola crisis in West Africa with half a million receiving practical support and another 7.5 million people receiving vital public health information on how to keep themselves safe and stop the spread of the disease.

More than 35,000 volunteers are using street theatre, house to house information and religious services to get the message across with radio broadcasts helping to share life-saving information on how to avoid catching the disease, how to identify if a loved one might be infected and encouraging those infected to seek early treatment.

Public health education is beginning to have an impact on the population of Sierra Leone and Liberia where literacy rates are extremely low. Volunteers and government agencies are playing a major role in challenging the myths surrounding Ebola and the lack of understanding around the disease.