After health successes in 2013 such as the Million Hearts programme aiming to prevent 1 million heart attacks and strokes by 2017, and a successful nationwide anti-smoking ad campaign, the Centre for Disease Control and Prevention (CDC) has identified five health threats going into 2014.

Each year in the USA more than two million people contract antibiotic resistant infections with 23,000 dying as a result, according to CDC figures. These infections are particularly dangerous for those with compromised immune systems, including those with cancer, kidney failure or people with transplanted organs.

The CDC has identified four steps to combat antibiotic resistance, and in 2014 will work closely with local authorities to improve antibiotic use and track the spread of resistant infections.

The CDC is making disease detection a priority at home and abroad in 2014. Only one in five countries has the technology to detect and fight emerging infections, says the CDC’s director Dr Tom Frieden.

In 2013, the CDC identified the new Heartland virus, carried by ticks, in northwest Missouri. They also helped public health officials in the Republic of Georgia isolate a new disease related to smallpox, which was infecting shepherds in the country, writes Expathealth.org

Globalisation of travel and food supplies

Diseases thought to be eradicated in the US have made a comeback thanks to lower immunisation rates, and the spread of global travel. In 2013, measles cases doubled to 175, almost all linked to foreign travel.

Disease can spread anywhere in the world within 24 hours, said Frieden. Prevention of many, like measles, only works if the majority of the population are vaccinated. The CDC is working with state health departments and colleagues around the world to promote immunisation programmes for polio, measles and other preventable diseases.

The CDC reports deaths from prescription painkillers have reached “epidemic levels” over the last decade, with more than 16,500 people killed by painkiller overdoses in 2010. The annual number of deaths from these drugs exceeds the number from heroin and cocaine combined.

In 2014 the CDC will continue working to prevent the overdose, misuse, and abuse of prescription drugs while helping patients access safe, effective pain relief.

Polio is closer than ever to being eradicated worldwide, but challenges such as military conflict, and bans on immunisations mean work still needs to be done to reach communities most at risk. The CDC and Global Polio Eradication Initiative will continue to run local immunisation programmes to reach the two million children in high-risk areas.

Let’s face it, we all want to reach a healthy goal weight and to be physically fit. The idea of looking better, feeling better, and being healthier is appealing to anyone writes the healthytravelblog.com

Working towards getting fit? That’s where we tend to struggle.

We always get off to a great start especially after the start of a new year, but it can be hard to stay motivated especially during a vacation. Here are 3 tips to help you stay motivated to lose weight and get fit.

1.      Use Your Trip For Inspiration – Stop telling yourself “I’ll never lose the weight in time” or “I’ll start after my vacation.” Now is the time to start. Think about how awesome it would be to lose a bit of weight and to get fit in time for your trip. You can lounge on the beach while showing off some skin you may have been too shy to show in the past. You can walk all around town without getting tired as easily. If you start to lose weight and get fit before your trip, your trip may end up being even more enjoyable.

2.      Buy A Swim Suit – Sure, it may only be winter, but that doesn’t mean you can’t buy a swimsuit and plan ahead for when you have that perfect beach body. This is also a great idea if you plan to take a vacation sometime in the summer. You may have to wait a few more months before you see them in most retail stores, but there are some online retailers that sell swimsuits year round. You could also try a sporting goods store that might have them in stock for swim teams. Opt to buy one that’s a size too small — it will encourage you to lose more weight to fit into it and look your best.

3.      Plan Ahead – Just because you’re on vacation doesn’t mean your body should be too. Plan ahead ways to stay on track throughout your vacation. Make it fun such as participating in sports while on vacation and trying out new healthy or even vegetarian/vegan restaurants.

Studying in another country is one of the best and coolest ways to travel and learn about other cultures—and maybe the subjects of the classes you’re taking. Not only do you get to use the “it’s for school” excuse, but you also get to explore a new city (your college town is probably so lame by now anyway), try new things, and see the world from a perspective outside of the bubble that is your college campus.

But as you make sure to pack plenty of clothes and maybe a textbook or two, you should also equip yourself with some important safety tips before you leave. 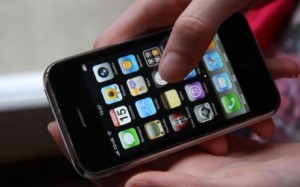 To ensure you have a trip that’s both awesome and safe, here’s what you should know, suggests the healthytravelblog.com 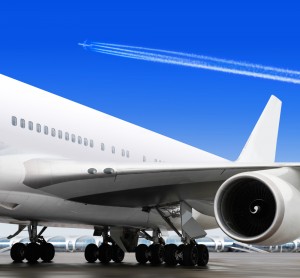 Long security lines, delayed or cancelled flights, and running to your terminal before the plane leaves without you—need I say more? writes the healthytravelblog.com

But to make things a little less hectic, some airports have found ways to create peaceful environments for weary travelers. While it may sound like a utopian dream, we hope other airports take note of these relaxing perks:

Yoga Studios: The San Francisco International Airport is one of many that have now transformed surplus storage areas into yoga rooms. This is a great way to get the blood flowing and help refresh your body physically and mentally, especially before hopping on a long flight.

Meditation Rooms: The Frankfurt Airport and Raleigh-Durham International Airport each offer non-denominational meditation rooms for travelers who seek a quiet and tranquil place. It’s a great way for passengers to relax before a flight, or even say a quick prayer for patience before going through security lines.

Art Galleries: The T5 Gallery at Heathrow Airport is an award-winning artistic experience that features artwork of young artists from all over the world, as well as an impressive sculpture at the center of it. And if you fall in love with a piece, you can even buy it!

Lounges and Sleep Areas: In addition to luxury lounges that are available to all passengers, many airports also feature sleep areas that travelers can reserve for a few hours. In these rooms, people can rest, get work done, and even refresh with a shower.

Casinos: If you’re in the mood to unwind with a little roulette, the casino at Frankfurt Airport is the place to be. If roulette isn’t your thing, opt for a game of Black Jack or hit the slot machines.

Enhanced Security Area: The TSA recently teamed up with Dallas/Fort Worth Airport to test a revamped security area that aims to provider passengers with a more relaxing environment at security checkpoints. Featuring lounge seating and screens that display real-time wait times, the upgraded security area also has relaxing music, ambient lighting, and even a more interesting interior design—a real change from the dull, white-walled checkpoint areas. They even have a ‘re-composure’ area where travelers can re-pack their belongings and relax after the security process is over. 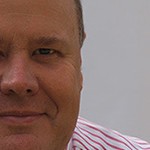 Over the past four years we have seen a continued steady growth across our business and with 2013 once again proving to be another record year for the company.

Our customer focused boutique approach and competitive pricing structure has enabled our members to choose the cover they want at an affordable price whilst enjoying the very highest level of personal service and support that has become the hallmark of ALC Health’s success. The past year also saw the successful launch of two new core plans – Prima Platinum and Prima Concept – adding further to our existing suite of global medical insurance plans created for the expatriate and global citizen.

2013 was another exciting one for ALC Health and we are looking forward to pushing forward the boundaries even further in 2014.