Travelers to China need to be aware of a major smog alert in the northern part of the country. Reuters reports that Chinese officials have pretty much shut down one of their major cities, Harbin in Heilongjiang province, due to ridiculously heavy smog.

The index that measures particulate matter in the air clocked in at 1,000 today. A level above 300 is considered hazardous; the World health Organization recommends a daily level no higher than 20. So, yeah, this is thick smog.

Schools are closed, the airport is closed and traffic is a mess in Harbin, a city of 11 million people. Visitors to the region should take precautions. A stagnant weather pattern has allowed the nasty mix of pollutants to collect over the city.  Officials say the dangerous conditions will likely last another 24 hours.

China is notorious for its smog – the high profile destinations of Beijing and Shanghai are both considerably better off than Harbin, but are still more than five times above the WHO’s healthy standard.

If you ever find yourself in a smog alert when you’re traveling, here are some quick tips to follow:

If you’re headed to northern China, keep your ears open for news updates.

reproduced by kind permission of the healthytravelblog.com 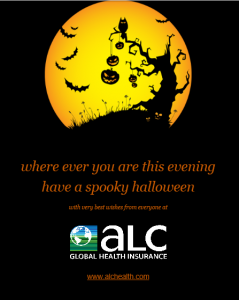