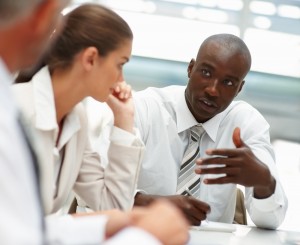 For many expats learning a second or third language is par for the course, but studies have shown the benefits of speaking another language extend far beyond being able to communicate. Learning a language benefits the brain in ways that can pay off later in life, according to the deepening field of study into the relationship between bilingualism and cognition.

Increasing numbers of studies are finding learning a language benefits an ageing brain. In one large Scottish study, researchers looked at the standard intelligences tests, administered to 11-year olds, of 835 native English speakers born in Edinburgh in 1936. Many were retested in their 70s and those who spoke two or more languages performed significantly better cognitively on certain tasks than would be expected from their original IQ tests, said study author Dr. Thomas Bak of the University of Edinburgh.

“Our results suggest a protective effect of bilingualism against age-related cognitive decline, independently of IQ,” Bak and his co-authors concluded.

In a separate study from Canada, psychologists also studied bilingualism and its effects on the brain in dementia patients. They discovered people who speak two or more languages outperformed monolinguals in tasks which require attention, selection and inhibition. These are the high-level cognitive processes which we need to multitask effectively.

For the brain the process of multitasking is complicated and taxes energy resources, said Ellen Bialystok in CBC News, who runs a cognitive research lab at York. She first observed how bilingual children perform better in the 1980s writes expathealth.org

“What a bilingual always has to do is draw attention to the right language, and keep that other active language out of the way. Now the system that selects, inhibits, and switches is the executive function system, she explained.

“That means that every time a bilingual opens their mouth, they’re using their executive function system. It’s getting practised, it’s getting fortified, and it’s becoming more efficient.”