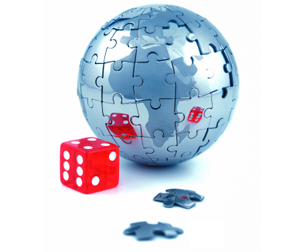 After the recent measles outbreak in the USA, travelers going abroad this summer are advised to get vaccinated before they travel. There have been a record-number of measles cases in the United States this year, many resulting from unvaccinated travelers visiting places such as Southeast Asia, and Africa and returning home infected with the disease, reports expathealth.org

So far this year, there have been a confirmed 334 measles cases, the highest figure in more than two decades. ‘Homegrown’ measles cases – those originating the US – were eliminated in 2000, and the recent spike is due to unvaccinated travelers visiting areas which have an active measles outbreak.

“This is not the kind of record we want to break, but should be a wake-up call for travelers and for parents to make sure vaccination records are up to date,” said Anne Schuchat, director of the CDC’s National Center for Immunizations and Respiratory Diseases.

Other a-line wedding dresses in the pictures only apply the basic model of original Cinderella gown. Ball gown cut is a must in this Cinderella gown concept. The dress must be simple with less of details. And we may choose strapless, caps or straps to complete the ball gown cut on the A-line Wedding Dresses. Don’t forget to order special glass shoes of Cinderella if necessary.

Before the measles vaccine became available in 1963, the virus infected about 500,000 Americans each year, causing 500 deaths and 48,000 hospitalizations. Measles is still common in many parts of the world, including countries in Europe, Africa, Asia, and the Pacific. The CDC said 22 of the cases seen the US this year had been brought back from the Philippines, where a large outbreak began in October 2013.

Measles is best prevented by the MMR vaccine, which, when administered correctly, protects patients from measles, mumps and rubella. Ninety percent of cases in the US this year have been among people who have not had the vaccination or are of unknown vaccination status, according to the CDC. Many people who don’t have the vaccine do so due to religious, personal, or philosophical reasons, reports USA Today.

“Measles is a highly contagious respiratory disease that’s best prevented with an MMR vaccine,” said Dr. Mark Sannes, chair of infectious disease for the Park Nicollet Travel Clinic. He also noted polio is on the rise in other countries, and 10 places are currently experiencing outbreaks.

Other common disease travelers should consider vaccinations for are hepatitis A and B, typhoid, yellow fever, and rabies. While there is no vaccine at present, malaria is another ongoing risk for visitors to many tropical and subtropical regions. You should ideally see your doctor four to six weeks before you travel for advice on which vaccines you may require. Even if you leave it late, Sannes notes, last-minute appointments should still be available.

Though measles remains officially “eliminated” in the USA – because there have been no sustained homegrown outbreaks in recent years – “this is a reminder that we cannot let our guard down,” Schuchat said.