Japanese electronics giant Panasonic has announced plans to pay expat workers in China a wage premium to compensate for dangerous air pollution. Thought to be a global first, Panasonic describes the payment as a “premium for expatriates to compensate for a difficult and sometimes harsh living environment.” writes expathealth.org

The air quality in many Chinese cities is routinely found to be at hazardous levels, something Panasonic, which operates several factories in the country, is taking into account for its expat workers. Chinese government statistics agree that air quality standards are well below internationally accepted levels in all but three of 74 major cities.

Panasonic declined to say how much the premium would be, or how many workers may be entitled to it. The move is part of wider deals reached in Japan’s annual labour talks, reported the Guardian.

The air pollution in many Chinese cities regularly exceeds the World Health Organisation’s guidelines, particularly with regards to PM2.5 – small particles, or particulate matter, which can penetrate the lungs and are thought to cause thousands of premature deaths every year.

Levels of PM 2.5 regularly reach 400 micrograms per cubic metre in Beijing, much more than the WHO safe guideline of 25 micrograms. High levels of particulate matter have been linked to lung cancer, heart problems, and complications in pregnancy. As individuals are largely unable to control outdoor air pollution it is up to local and regional governments to implement changes to improve air quality. 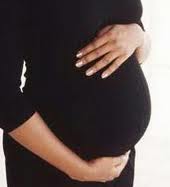 Smoking bans cut asthma and premature births by 10%, study says according to the BBC.

Laws banning smoking in public places have had a positive impact on child health, an international study in the Lancet suggests.

Researchers found a 10% reduction in premature births and severe childhood asthma attacks within a year of smoke-free laws being introduced.

This year’s Asia Health Insurance Conference is being held at the Grand Copthorne Waterfront Hotel in Singapore and will see ALC Health Director, Andrew Apps taking on the role of Conference Chairman as well as making a key note presentation on “providing innovative high-end insurance products to the region”.

As Asia’s comprehensive Health Insurance Strategy Conference, the event brings together senior executives from private insurance, government, providers and industry experts to discuss business potential in this important market.
If you are attending the conference, and would like to set up a meeting with Andrew, do let us know and we’ll arrange a time and place .