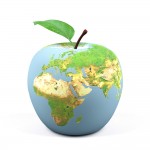 When we think about medical emergencies while traveling, many people instantly conjure up images of airlifts out of disaster areas. But those occurrences are thankfully rare. More commonly, people suffer bumps, bruises and maybe breaks, and the “emergency” stems from lack of familiarity with the health system in a foreign land writes John Miller for the healthytravelblog.com END_OF_DOCUMENT_TOKEN_TO_BE_REPLACED 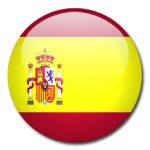 All EU citizens who are moving to Spain for longer than three months will face added paperwork – and in some cases, a requirement to prove that they are covered by private health insurance – under new residency requirements unveiled last month.

Reports comments that in an effort by cash-strapped Spain to save €1m a year, EU citizens applying for residency in Spain henceforth “may be required to produce evidence of sufficient financial means to support themselves (and dependants)”, according to an “unofficial” translation by the British Embassy of the key parts of the Spanish legislation, which was unveiled on 10 July. END_OF_DOCUMENT_TOKEN_TO_BE_REPLACED