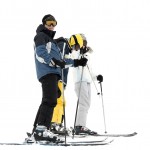 ALC Health’s Prima Travel plan has been created exclusively for residents of all European Union (EU) countries regardless of nationality and where our choice of world class cover options offer not just peace of mind, but great value for money. And no matter where in the world your journey takes you ALC Health Prima Travel will be with you every step of the way.

We’ve here to look after your health, your valuables and your travel plans backed by the service and support that you would expect from an award winning international medical insurance company. END_OF_DOCUMENT_TOKEN_TO_BE_REPLACED

A recent expat survey from HSBC has rated Singapore as the country with the best healthcare, closely followed by Thailand in second place and France in third. However in terms of how easy it is to organise medical treatment Singapore drops down to third place with Hong Kong coming top of the table. END_OF_DOCUMENT_TOKEN_TO_BE_REPLACED

The UK’s NHS (National Health Service) is being asked to resist cutting its hearing services, following research that has found up to 43% of adult services will be affected by budgetary pressures.

The World Health Organisation has confirmed that an outbreak of dengue fever has been reported on the Portuguese Island of Madeira. As of 10 October 2012, a total of 18 confirmed cases and 191 probable cases have been reported.

The Public Health Authorities of Portugal are implementing control measures to reduce the risk of sustained transmission locally, to minimize the impact on the affected population and to prevent the export of infected vectors from the island. END_OF_DOCUMENT_TOKEN_TO_BE_REPLACED

Nine probable and confirmed cases, including 5 deaths have been reported with Marburg haemorrhagic fever in Kitumba sub-county, Kabale district in South-western Uganda. Of these, 3 have been laboratory confirmed by the Uganda Virus Research Institute (UVRI). END_OF_DOCUMENT_TOKEN_TO_BE_REPLACED